The fundamental principle behind insurance is that the losses of the few are shared among the many. There must be enough people with a common need for protection for insurance to work properly. Without this common need, the cost of insurance would be too high because only those with high risks of suffering losses would buy insurance.

Home insurance policies aim to provide protection against the losses that occur most commonly; however, insurance could not remain affordable if it tried to cover every kind of loss that could occur. 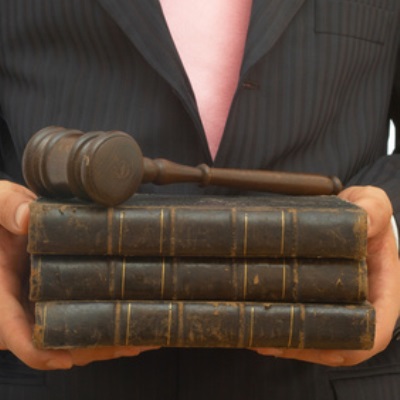 Some excluded causes of loss, like old, rotten roofs, are often the result of neglect or of a person’s failure to responsibly maintain their own property; it would be unfair for all insurance buyers to pay for such damage through their premiums. Other excluded causes of loss, like tsunamis, are so significant that the premiums collected by insurance companies would not be enough to pay the resulting claims; insurance companies would be forced into bankruptcy, unable to take care of their customers. This is why every policy has exclusions, to ensure that these types of claims – and as a result, premiums – remain affordable for customers, and adequate to ensure that covered claims can be fully paid to customers in need.

Most home insurance policies sold in Canada contain a similar set of exclusions; while these may differ slightly between companies, several categories of exclusions will appear consistently. These include:

These exclusions exist to prevent insurance fraud, to prevent claims for damage that a customer wilfully causes or allows to occur to property, and to deny coverage for losses that arise as a result of criminal activity. It would be inappropriate for insurance companies to use many honest customers’ premiums to pay for a few dishonest customers’ claims. Some examples of excluded claims are: intentionally setting fires in order to ‘cash in’ on insurance, or trying to claim for damage that a home suffers while being used to manufacture illegal drugs.

These exclusions exist to ensure that customers properly protect their homes, instead of assuming that insurance is there to make up for a lack of attention. This helps to prevent excessive preventable claims, which in turn ensures that premiums remain affordable for customers who take good care of their homes.

A very common example would be burst pipes occurring due to freezing in the winter if the homeowner did not take reasonable care to keep the heat running. This exclusion varies significantly from one insurance provider to the next; customers are best advised to check for the precise language of this exclusion on their own policy.

Exclusions for damage caused by pests

Vermin, insects, and other creatures can surreptitiously infiltrate homes and progressively create damage over time. Generally speaking, homes must be designed, built and maintained in a way that prevents and/or deals with this kind of loss proactively, instead of waiting for damage to become significant enough for an insurance claim; these losses are excluded accordingly.

Exclusions for wear and tear, gradual loss and faulty design or faulty workmanship

Home insurance is intended to respond to sudden and accidental damage to homes – not damage that slowly progresses over time due to a structural deficiency or poor maintenance. Furthermore, home insurance is not a substitute for a home warranty or for the builder’s responsibility to construct a home properly. This is why home insurance policies usually exclude losses resulting from faulty workmanship, condensation, rot, slow leaks from pipes, etc.

Exclusions for significant changes in risk

As mentioned above, insurance is a system that collects small amounts of money from many people in order to pay the large claims suffered by only a few. To help make this system reasonably fair and proportional, all customers do not pay the same amount; rather, individual premiums are adjusted in order to account for the actual level of risk that one specific customer presents to everyone else. This is why vacant homes often cost more to insure than owner-occupied homes: they incur more frequent and larger losses, so their premium needs to be slightly higher. This is why home insurance policies almost always exclude losses occurring in homes that have become vacant, or homes that are used for business purposes, without the insurance company being made aware of the vacancy or business use before a loss occurs.

Customers need to accurately declare the nature of their home’s risk to the insurance provider and pay the appropriate premium if they expect coverage to exist.

Exclusions for losses that are already covered elsewhere

Certain government agencies already provide disaster assistance coverage, and federal laws impose strict liability upon certain types of high-risk activity that could cause losses. For example: in the event of a nuclear incident, the Federal Nuclear Liability Act forces the nuclear facility operator to pay for the losses suffered by private citizens. This means that nuclear incident losses will already likely be paid for, so there is no need for private citizens to carry extra coverage of their own; most home insurance policies in Canada exclude nuclear incident damage accordingly.

Some extremely unlikely causes of loss would be so significant that an insurance company would not have enough money in order to cover all resulting damages. This means that losses of catastrophic nature are often uninsurable, and therefore excluded from policies: for example, coastal flooding, tsunamis, landslides, war and terrorism are excluded by most home insurance policies in Canada. Some catastrophes, like earthquake and inland flooding, are insurable by special request; even better, Square One automatically provides earthquake and inland flood coverage to 94% of customers as part of their policy’s fundamental protection.

Exclusions for high-risk activities not covered by home insurance

While most customers are concerned with exclusions that affect their physical property, it’s important to note that exclusions also apply to their Personal Liability and Premises Liability coverage. These are the sections of the policy that pay for bodily injury and property damage suffered by other people as a result of customers’ actions. Home insurance policies only intend to protect customers from ordinary Liability exposures, like inadvertently failing to clear ice from a driveway, or accidentally breaking the neighbour’s window with a ball. Losses arising out of the operation of motor vehicles, aircraft and most watercraft are excluded, because coverage for those losses can and should be purchased under policies specifically designed for those vehicles.

To be as thoroughly-protected as possible, buy a comprehensive home insurance policy, like the policy offered by Square One. Customers not insured with Square One are advised to ask their home insurance provider about the exclusions under their policy and what optional enhancements can be purchased for catastrophic losses like earthquake and inland flood.