Canadian flood maps: Is your home in a flood zone?

Water claims have become the number one cause of home insurance losses in the country, and disaster relief payments have more than doubled every five to ten years since the 1980s.

With extreme weather and flooding events on the rise, there has become a greater need to provide Canadian property owners with proper protection against flooding and access to adequate flood insurance. 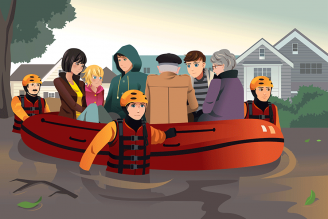 How does a flood map help canadian home owners?

A flood map shows which areas are prone to flooding in the event of water level rising to a particular elevation. In a nutshell, a flood map provides stakeholders with the necessary data needed to make smart decisions about asset management, urban planning, and flood risk management.

In terms of insurers, up-to-date flood maps enable them to more accurately assess their risks when considering flood insurance options.

Recognizing that on a federal level, Canada lacked effective flood hazard maps, IBC along with other partners, collaborated on a national flood program led by the private sector. And their main focus was the creation of current flood maps.

In other countries, like the UK, there are online tools that allow anyone to view the flood risk for their particular region. Simply enter in your location and you can view a very detailed map that highlights likely risk areas. This is certainly a feature any homeowner would review when weighing the pros and cons of relocating to a specific area. 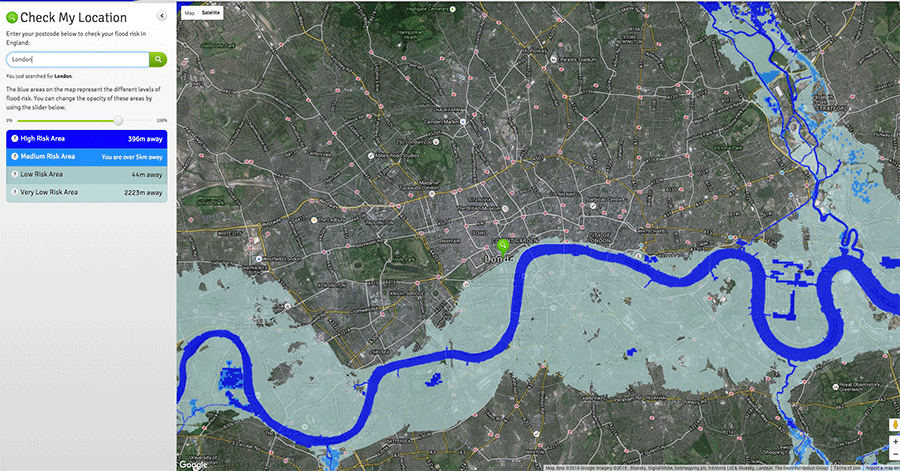 What does this mean for home owners

As of February 2016, the IBC now has flood maps that let the bureau and insurance companies assess the flood risk right down to the residential level for both fluvial flooding (which occurs when excessive rainfall over an extended period causes a river to exceed its capacity) and pluvial or surface water flooding (caused when heavy rainfall creates a flood event independent of an overflowing water body).

The data revealed that 20% of Canadian households could be qualified as high-risk, and of those, 10% could be considered very high risk. That’s 1.8 million households.

In 2009, the United States Global Research Program determined that the average precipitation in the U.S. has increased approximately five percent the past 50 years, which leads to increased danger of floods.

Changes in land use also contribute to the potential for flooding; as an area becomes built up, there is less permeable land available to absorb water. Both the U.S. and Canada have seen their urban centers become denser with the sprawl reaching further from the downtown cores.

No big deal, you may say. Most people, don’t believe that a flood will ever affect them. It’s an event that they watch on the news.

Even if it’s statistically unlikely that you’ll be the victim of a flood, it’s unwise to ignore the possibility, because if it does happen, it can wipe out possessions or investment properties in a matter of minutes.

In fact, even though you may consider your property to be at low risk, flood risk is spread across all types of terrain, across income levels and in both rural and urban locations. Some insurers are finding themselves paying more for sewage backups, given that the infrastructure in many municipalities can be overwhelmed by torrential downpours.

If flood insurance is available to you, you may want to consider it if you are endangered or feel vulnerable. The first step is to determine if you live in a flood zone.

Flood zone maps – the US model

The United States has flood maps available online for homeowners to review. Flood maps indicate which areas generally flood if water rises to a certain level. They allow both homeowners and policymakers to make informed decisions about asset management, urban planning, and flood risk management.

The Federal Emergency Management Agency (fema.gov) provides flood mapping services and their maps form the basis for flood insurance rates. More than 20,000 U.S. communities have been placed into flood zones, allowing homeowners there to participate in the National Flood Insurance Program. Insurance rates are determined by risk of flooding. In the two most risky flood zones (V and A), homeowners must ensure that:

Buying a house in a flood zone

Until recently, Canada was the only G8 country that didn’t offer flood insurance to homeowners. This meant that it was up to the federal and provincial governments to assist citizens when disaster struck. Luckily for homeowners, change is coming as the incidence of flooding increases. 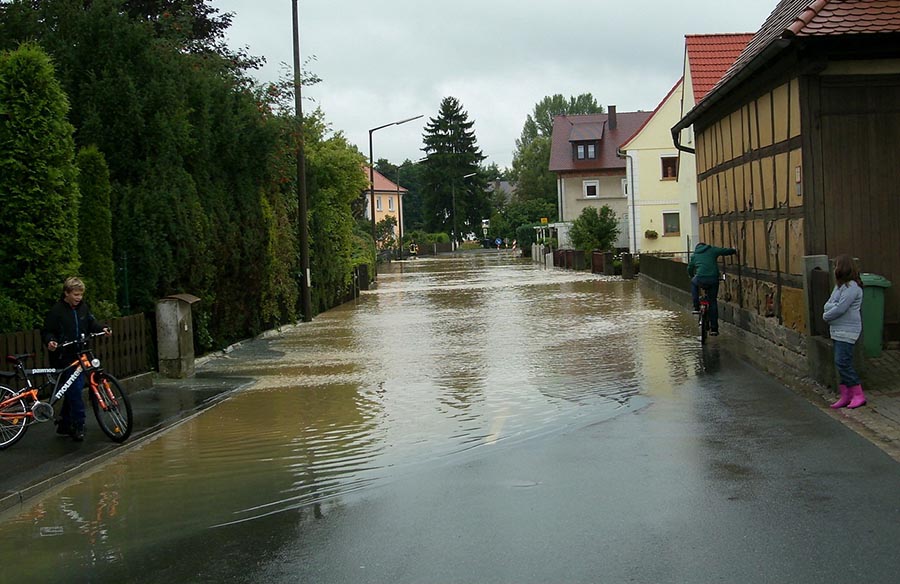 The new maps, which were ready early in 2016, are now used by insurance companies to assess flood risk for both fluvial flooding – flooding when excessive rainfall over an extended period causes a river to exceed its capacity — and surface water flooding that is caused when heavy rainfall creates a flood event independent of an overflowing body of water body.

These new maps, which aren’t yet available to the public, indicate that 20 percent of Canadian households are in high-risk areas and 10 percent of those are considered very high risk.

Property flooding is Canada’s leading cause of natural disaster, despite the prominence given to the destruction done by forest fires. Therefore, be certain to determine whether flood damage is covered by your homeowner’s policy.

If you live in a flood zone, insurance can be a godsend. As you think about the necessity for flood insurance, consider these flood facts:

Don’t be cavalier about the potential damage flooding can cause. Investigate whether it’s something you, as a homeowner, need to address before it’s too late to save your property.

Conducting a flood risk analysis on your home

While you may think your property is at low risk, it is interesting to note that flood risk is spread across all types of topography, in rural areas and cities both young and old, across different income levels and can affect all kinds of buildings and property types.

For instance, despite Vancouver’s rich real estate, relatively young building infrastructure and high livability score, it is the world’s tenth most likely city to suffer flooding.

So, while government’s tackle infrastructure and insurance companies conduct risk assessments, a property owner’s best line of defence against flood damage will hopefully soon be that they are properly insured.

For more information on protecting your home or to get a home insurance quote, contact Square One at 1.855.331.6933.